Calculate the Mass of the Earth 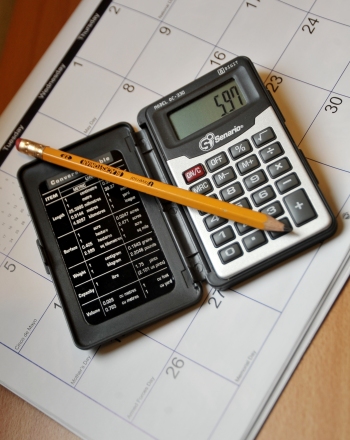 Mass is a measure of how much matter, or material, an object is made of. Weight is a measurement of how the gravity of a body pulls on an object. Your mass is the same everywhere, but your weight would be vastly different on the Earth compared to on Jupiter or the Moon.

G, the gravitational constant (also called the universal gravitation constant), is equal to

Orbits, like that of the moon, have what is called a calendar period, which is a round number for simplicity. An example of this would be the Earth has an orbital period of 365 days around the sun. The sidereal period is a number used by astronomers to give a more accurate description of time. The sidereal time of one spin of the Earth is 23 hours and 56 minutes, rather than a round 24 hours. The time period of an orbit, which you will use in your calculations in this exercise, will have a great effect on the outcome of your answers.

Where v is the average velocity of the moon,

and T is the orbital period, with units of seconds.

Where Me is the mass of the Earth, in kilograms,

v is the average velocity of the moon,

r is the average distance between the moon and the Earth

and G is the universal gravitation constant.

Sir Isaac Newton’s Law of Universal Gravitation states that all masses in universe are attracted to each other in a way that is directly proportional to their masses. The universal gravitation constant gives the relation between the two masses and the distance between them. For most things, the masses are so small that the force of attracted is also very small. This is why you don't get pulled by your friends' gravity enough to get stuck to them!

For further projects, you can use the same ideas to calculate the mass of the Sun, the center of our solar system, using information for any of the planets or other objects that consistently orbit the Sun (such as the planetoid Pluto).