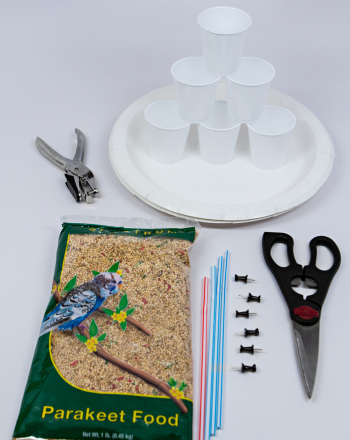 This project tests whether birds will discriminate between patterned and unpatterned anemometers when choosing a location to feed. The goal is to have the student use scientific methodology to find an anemometer pattern that birds will avoid.

When wind farms were first proposed as a way to help meet the energy needs in the United States, there was hope that this would be an environmentally friendly solution to an ongoing need. It was not recognized at that time that collisions with the rotating blades on the wind turbines would kill thousands of birds at the wind farms.

Several modifications of the wind turbines were proposed to make them more bird friendly, but none seemed to work. However, one researcher found that some birds were better able to see the rotating blades if two of the three blades were painted white and the third one black.