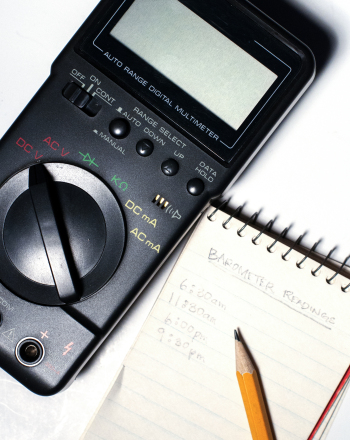 Wind is the movement of air. It is caused when warm and cold air mix or upper and lower air mix causing the air to rotate.

Air moves in a horizontal fashion but also rotates due to pressure currents. In low pressure air rises and rotates fast in the high atmosphere forming fast winds. In high pressure the air sinks instead of rising forming slow moving air currents or slow wind. A low pressure system brings rain, snow, and high winds, while a high pressure system brings cold air. Warm highs bring warm maritime air. Winds travel in curved patterns because of the Coriolis affect or the Earth’s rotation. Wind is also controlled by pressure gradients or pressure differences developed between two air masses. Pressure gradients are caused by the varied heating of the Earth and the Coriolis Effect. This controls the wind speed of a wind that moves from a high to a low because of diffusion. Diffusion is the need to equalize the air pressure. For example, when you pour water in a cup there isn’t more water on one side of the cup than the other it levels out to fill the cup. This happens between high and low pressure systems, the result is wind. The air passes to the systems making an equal amount of air in each system. In a low the faster the air in the center rises the faster it rotates so the faster the wind speed is.

I hypothesize that as the barometric pressure increases the wind velocity will decrease. This is based on my background information, which states that in a low pressure zone air rise and rotates faster in the high atmosphere forming high winds. In high pressure zones the air sinks and doesn’t rotate as fast as the rising low pressure air in the higher atmosphere, forming low speed winds.

My conclusion is very accurate because I have a great amount of data. I had much more than I needed to find the relationship between barometric pressure and wind velocity. I think I could have taken more data and still have had the same relationship between the two variables. Knowing that high winds come with lower pressure systems is important because you can predict if a storm is coming. For one more example, tornadoes occur in low pressure zones. It is important to know that high winds come with low pressures because you can prepare for the consequences, you can take down your umbrella, go sailing, or if you are in an area usually threatened by tornadoes you know to be extra cautious because of the low pressure. The correlation between barometric pressure and wind velocity is that as pressure increase wind velocity decreases.