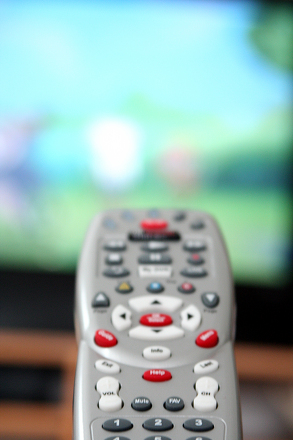 One of the things that make cartoons funny is they play with our innate understanding of physics by exaggerating or blatantly breaking the laws of physics. Try the following activity with your physics student and help bring the “phun” back into physics!

Ask your teen which of the following physics concepts he is familiar with and have him explain the concepts to you. Have him review any of these concepts that he has heard of but isn’t quite comfortable with. (Your child may not have covered all of these concepts depending how much of his physics class he has completed.)

Watch a cartoon (or a few!) together and see what laws of physics are exaggerated or broken. In order to do this activity justice, a cartoon usually needs to be watched several times, sometimes in slow-motion. The more you watch, the more “phundamental” laws of physics you will find shattered! Some examples:

Physics concepts may be tough, but there's no better way to get your teen comfortable with the laws of the physical world than to make them accessible. So kick back with some silly cartoons, and let the learning begin!

Cartoon Zombie
Worksheet
Cartoon Zombie
Bust out those crayons and give this cartoon zombie some scary colors!
1st grade
Worksheet
Make a Cartoon
Worksheet
Make a Cartoon
Finish this cartoon by writing the script and filling the speech bubbles.
3rd grade
Reading & Writing
Worksheet
Superhero Physics
Worksheet
Superhero Physics
It's Physics Man! Test your knowledge of the physical world with this fun questionnaire that takes physics to a super-heroic level.
5th grade
Science
Worksheet
Physics of Snowboarding
Worksheet
Physics of Snowboarding
Kids can use this physics of snowboarding worksheet to learn about velocity and torque while trying out a fun physics experiment of their own!
5th grade
Science
Worksheet
Bobsled Physics
Worksheet
Bobsled Physics
Learn about drag, air resistance, and Newton's laws with this cool worksheet on bobsled physics!
5th grade
Science
Worksheet
Create Your Own Cartoon
Worksheet
Create Your Own Cartoon
Fill in the speech bubbles of this scene to make a cartoon, but only if you're not afraid of spiders!
3rd grade
Reading & Writing
Worksheet
Physics Magic Trick
Activity
Physics Magic Trick
Delight your budding scientist with this cool physics magic trick and teach her some basic physics concepts while you're at it!
2nd grade
Science
Activity
Marble Physics
Activity
Marble Physics
Introduce your child to the world of motion and physics with a bit of marble play inspired by Sir Isaac Newton!
2nd grade
Science
Activity
Make a 3-D Cartoon
Activity
Make a 3-D Cartoon
Make this creative "story cartoon" tray to help your first grader build reading comprehension skills while having a hilarious time!
1st grade
Arts & crafts
Activity
Typing Sentences for Speed: Cartoon Trivia Surfing
Game
Typing Sentences for Speed: Cartoon Trivia Surfing
Learn some cartoon trivia while taking your typing skills from good to radical.
2nd grade
Game
Jackson’s Presidency: Analyzing a Political Cartoon
Worksheet
Jackson’s Presidency: Analyzing a Political Cartoon
This social studies worksheet give students an opportunity to examine a political cartoon about the banking controversy during Andrew Jackson’s presidency.
6th grade
Social studies
Worksheet
Paper Airplane Physics
Worksheet
Paper Airplane Physics
Learn about the four forces that affect flight with paper airplane physics!
5th grade
Science
Worksheet
We enable strictly necessary cookies to give you the best possible experience on Education.com.Cookie policy