Cause and Effect Card Game Activity 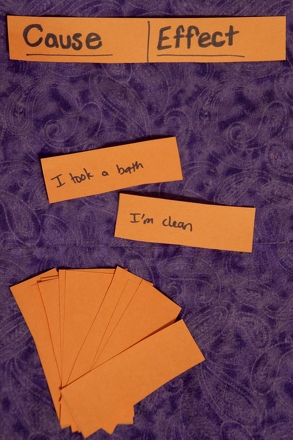 Help your child master cause and effect relationships with this hands-on card game! Perfect for practicing creative thinking, this group activity allows kids to practice putting together real-world cause and effect situations, and amps up the fun by making it a competitive game.

This game offers a fun, hands-on way to practice this skill that will help in the classroom and beyond!