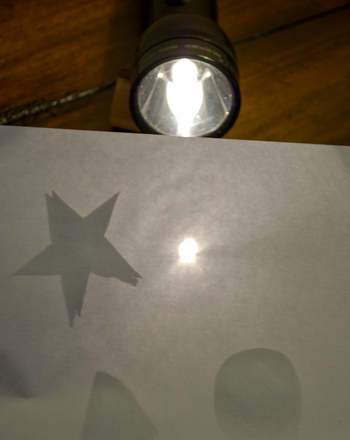 Young children love playing with lights and shadows. Although many children (and adults!) may be frightened by the dark at night, having a flashlight seems to be all of the protection they need. Kids love playing games with flashlights like flashlight tag, flashlight reading, etc. Here is another fun activity with a flashlight your child can try out and while he's at it, he can learn about objects that are transparent, translucent, and opaque.

The important vocabulary words he'll be learning in this activity are more than just important vocabulary words: they are also fundamental scientific concepts that he will build upon later in the years to come. Soon you might find him with the flashlight on a regular basis, telling you all of the exciting new items he finds that are transparent, translucent and opaque!