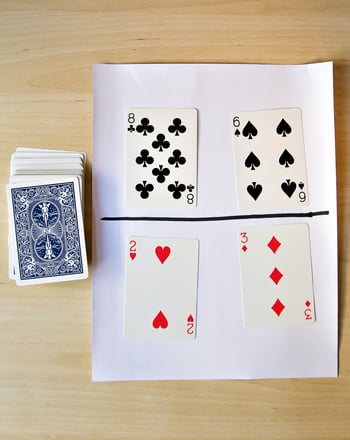 Compare fractions in this two-player math game. It'll improve your kid's fraction knowledge in a flash! Using just a deck of cards, pencils and paper you can create a more interesting way to practice an important skill. The objective of the games is to work together to determine who has created the largest fraction.

Helpful Tip: If you play with more than two players, you might want to use more than one deck of cards. With only one deck you won't be able to play very many rounds before the cards run out.