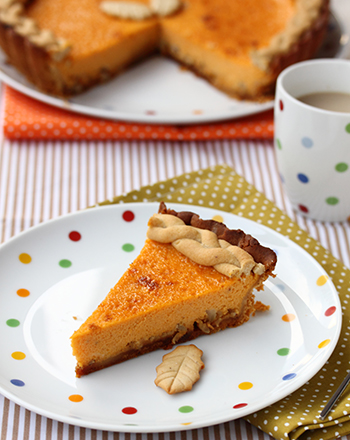 "Of all the puddings we colonial wives have boiled and baked, the first was pumpkin..." The recipe for pumpkin pudding in a colonial cookery book, The Compleat American Housewife, looks a lot like traditional pumpkin pie! Take a stab at colonial cooking with your kids by following this tasty "translated" recipe.

Note: The italicized portions of this recipe are excerpts from the colonial cookbook, The Compleat American Housewife by Julianna Belote.

Pumpkins were a big part of the colonial diet, as you can see from this short poem written by an unknown colonist circa 1630.

For pottage and puddings and custards and pies
Our pumpkins and parsnips are common supplies,
We have pumpkins at morning and pumpkins at noon,
If it were not for pumpkins we should be undoon.