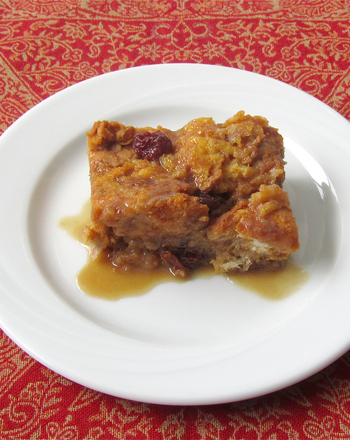 Here are three words to describe this bread pudding: yum, yum, yum! The flavor is out of this world, and it's far less elaborate and labor-intensive to make than it seems. It's even simple enough for your child to make, and as your child does, they will practice following directions and measuring ingredients. Serve this dessert at a fall party or holiday gathering, and prepare to turn some heads!

For the caramel sauce:

The word pumpkin comes from the Greek word pepon, or “large melon.” Pumpkins are 90% water. In early colonial days, pumpkins were used in piecrust recipes, not the filling itself.