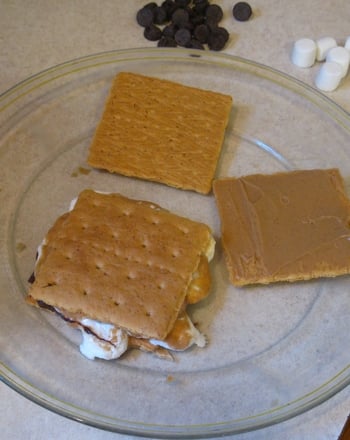 Everyone knows the three basic S’mores ingredients: chocolate squares, graham crackers, and marshmallows. But why stop there? In this activity, kids get to engage their creativity as they come up with their own Gourmet S'mores recipe, and they even get some writing practice along the way! To give your child some ideas, we've also included our delicious PB and S'mores recipe below.

When the recipe is finished and edited, try doing a taste test. Make regular S'mores, PB and S'mores and his new recipe, and see which one the family likes best!