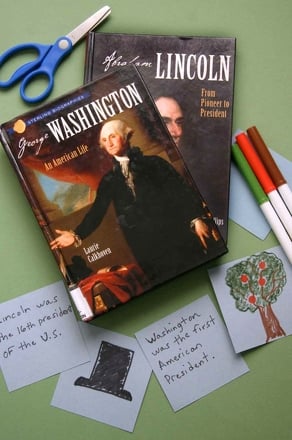 What better way to remember the achievements of past U.S. Presidents than with a game of memory? Not only does this makeshift version of the classic game instill a bit of history into your child's repertoire, it also bolsters her memorization ability (hence the name of the game)! Making and playing this fun Presidents Day activity promises to be a bonding and learning experience for both of you!

The game is multi-faceted in its uses. She can play it be herself, with a friend, or with the entire family! To extend the activity to more players—and further the learning experience—try researching and making cards for more former Presidents.