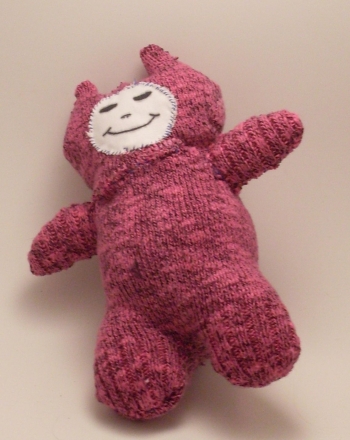 Teach sewing skills with a simple project with an unbelievably adorable payoff. No need to head to the toy store for her next stuffed animal once she has the skills to create her own! Those store-bought creatures have nothing on your child's imagination anyway.

She has now created her very own sock stuffed animal! Soon she'll be ready to tackle even harder sewing projects.