Be an Olympics Commentator! 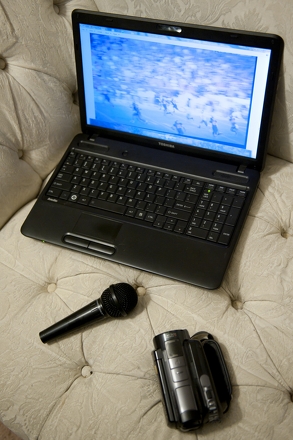 Have your aspiring broadcast journalist imagine that she is a sports radio or television personality who has been assigned to cover the Olympics. To prepare for this job, she can listen to and observe some professionals at work, and then try her hand at the job. To make it seem realistic, assign someone in the family to be the cameraman and capture the footage so your child can watch herself in action.

Doing live commentary, remembering players’ names, and utilizing sports lingo may not be as easy as it looks! This activity will stretch her comfort zone, hone her presentation skills, and encourage her to think on her feet.

Your child will probably gain greater respect for professional on-air personalities. She will also benefit from this opportunity to practice her speaking skills, handle pressure, maintain poise, and forge ahead—despite a few stumbles and stutters.