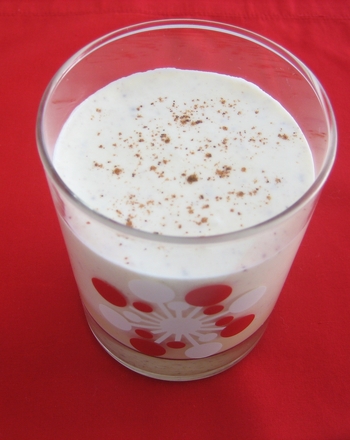 Homemade eggnog is a tasty holiday libation for your whole family. Making a batch of this delicious homemade eggnog will put your child’s understanding of measurements and following step-by-step instructions to the test. Translated, eggnog means, “egg inside a cup,” and its origins are debated. However, it probably comes from a British drink called posset. Posset was made of eggs, hot milk and wine or other spirits. Make homemade eggnog with your child this holiday season.

Eggnog became popular in England during the early 1800’s, mostly among the upper classes because the ingredients, particularly milk, were too expensive and hard to come by among the lower classes. Many adults mixed it with alcohol to give it an extra kick. In the United States, mainly dairy farmers and people who owned cows enjoyed eggnog. Our first President, George Washington, is said to have been a fan of eggnog.