Help students use two strategies that will help them figure out which three-digit number is greater than, less than, or equal to another three-digit number. Use on its own or with Let's Compare! Place Value Disks & Three-Digit Numbers.
This lesson can be used as a pre-lesson for the Let’s Compare! Place Value Disks & Three-Digit Numbers lesson plan.

Students will be able to compare two three-digit numbers based on meanings of the hundreds, tens, and ones digits, using symbols to record the results.

Students will be able to compare the values of two three-digit numbers with academic vocabulary and more complex sentences using sentence frames and partnerships for support. 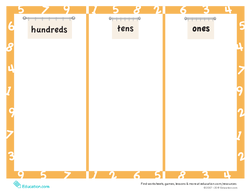 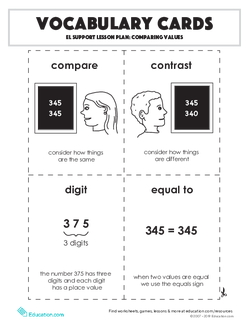 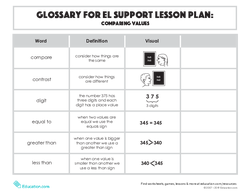 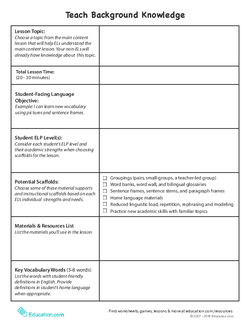 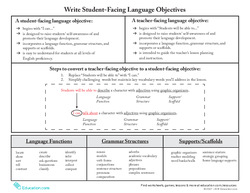