Boiling Water in a Paper Cup 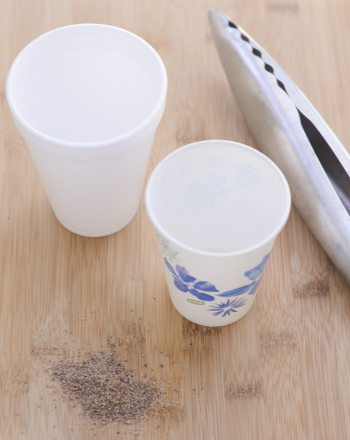 Were humans able to boil water before we discovered how to make metal cookware? Absolutely. We’ve been boiling water in large, cup-shaped leaves for thousands of years! We’re able to pull this off because of a process called conduction, whereby heat is conducted away from the leaf and into the water. Do you think it’s possible to accomplish the same thing with a paper cup?

Is it possible to boil water in a paper cup? Why or why not? 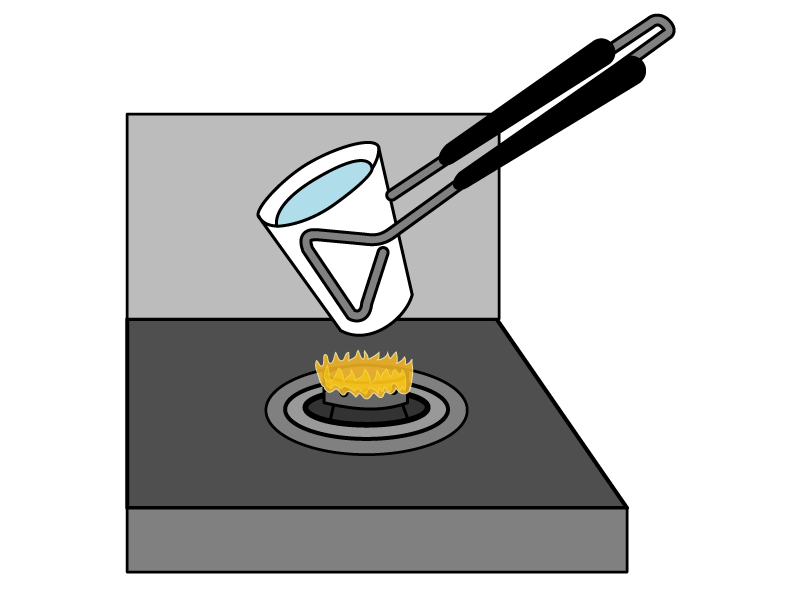 Extra: Repeat steps 3 and 4 with a large cabbage leaf filled with water. What happens?

Boiling water in a paper cup isn't as hard as it looks! If you held the cup at an appropriate distance from the flame, the water in the paper should have eventually boiled. The circular rim on the bottom may have burned. If your paper cup had a waxy coating, the wax may have melted off. The paper cup with sand will burn slightly. The Styrofoam cup will disintegrate.

Water draws heat away from a heat source through convection until it reaches its boiling point of 100 degrees Celsius. The temperature of the water remains fairly constant once it starts boiling—in fact, liquid water is incapable of getting hotter until it’s all turned to steam. Most types of paper burn at 233 degrees Celsius (or 451 degrees Fahrenheit). As the water heats up, it conducts heat away from the paper, preventing the paper from reaching that crucial temperature. Heat also continues escaping via the steam that’s created when water boils.

Styrofoam is an insulator, making it very poor at conducting heat. Heat can’t pass on through to the water, so the Styrofoam disintegrates.

Now go ahead and bet a friend or family member that you can boil water in a Styrofoam cup.  Then do it!  Here's how: