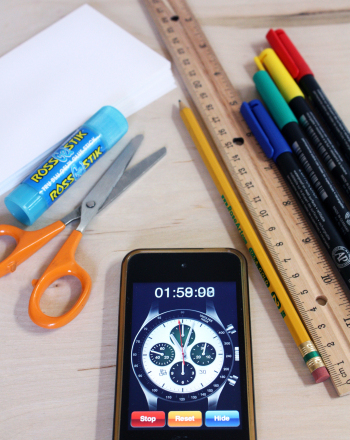 On the information level, this experiment serves to acquaint students with The Stroop Effect. This effect focuses on the concept of interference when the brain is given two tasks that involve conflicting signals. The section of the brain which processes these signals is called the anterior cingulate and is located between the right and the left halves of the frontal section of the brain. It deals with both cognitive and affective responses. The test s devised by DR. Stroop serves to provide information on the effects of attentional fatigue on cognitive functioning. The Stroop test items generate many questions for research in the cognitive domain such as, Is age a variable in this process? Would older individuals have greater difficulty in combating the conflicting messages or would they find these tasks uncomplicated. This experiment may serve to intrigue the students to investigate the new and fascinating research in the neurosciences.

On the experimental level, this science fair project serves to acquaint students with the essential processes of sciencing such as the importance of the use of a control, of identifying dependent and independent variables, of data collection, of pictorial and or graphic presentation of data and of being able to make better judgments as to the validity and reliability of their findings. They take on the role of scientists and in the process they learn to act as one.