Effects of Chemical Weathering on Rocks 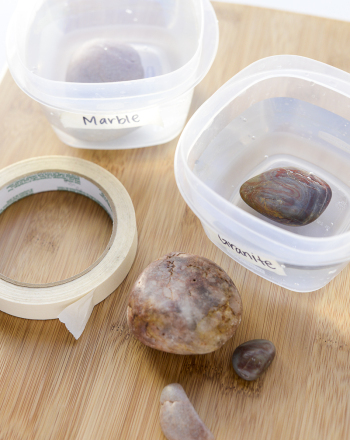 Weathering is a set of physical, chemical and biological processes that alter the physical and chemical state of rocks and soil at or near the Earth’s surface. Chemical weathering is the process by which rocks are decomposed, dissolved or loosened by chemical processes to form residual materials. Chemical reactions break down the bonds holding the rocks together, causing them to fall apart into smaller and smaller pieces. Weathering causes erosion, the process of these rock particles being carried away and deposited in other level places.

Chemical weathering is much more common in locations where there is a lot of water, because water is important to many of the chemical reactions that can take place. The most common types of chemical weathering are oxidation, hydrolysis and carbonation.

This science fair project focuses on the carbonation weathering process by which dissolved carbon dioxide in rainwater or moisture in surrounding air forms carbonic acid which reacts with the minerals (calcium carbonate) in some rocks, softening them and making it easier for other forces to break the rocks apart.