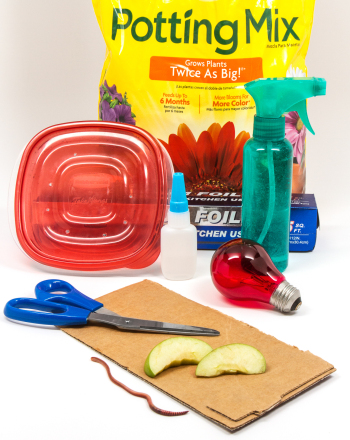 The purpose of this experiment is to attempt to train a worm to complete a simple maze in order to find out if worms can learn and remember.

Having an animal run through a maze has long been used as a test to see how well the animal learns. Mice and rats are often taught mazes and quickly learn which series of paths leads to the food reward at the end. As mammals, mice and rats both have a high capacity to learn new things. An earthworm has considerably less brainpower than a mouse and of course could not be expected to remember the complex skills that mice can be taught. This experiment seeks to find out whether an earthworm can learn the layout of a simple maze, improving the time it takes the worm to journey from the beginning of the maze to the apple slices at the end.