Who Is Most Likely to Demonstrate Inattentional Blindness? 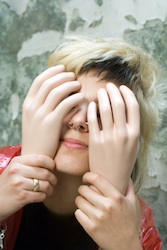 The objective of this experiment is to observe “inattentional blindness” and investigate whether certain age groups or genders are more likely to demonstrate this phenomenon.

Inattentional blindness describes the phenomenon where, in an effort to focus on something important, people will not notice other critical events unfolding right before their eyes. This experiment will investigate whether certain age groups or genders are more likely than others to demonstrate inattentional blindness.