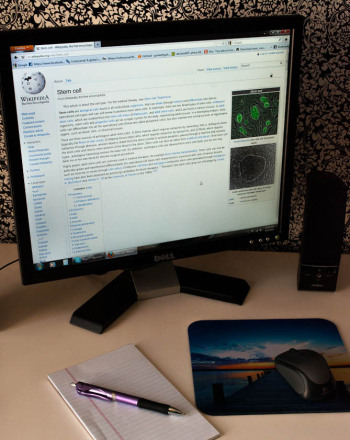 Sure, your teen can debate his way out of a paper bag. He can explain why chores are unethical, or why a later curfew is a fundamental freedom. But formal debate, the kind favored in courtrooms, governmental bodies, and high school debate competitions, isn't about standing behind your beliefs. In fact, the art of debate lies in the fact that a master debater should be able to skillfully defend any argument, no matter what he himself believes.

Not sure how your teen fits into the equation? In high school, students are often given writing assignments where they must defend a statement or argument. Same goes for the SAT essay section. But seeing both sides of an issue, and being able to talk eloquently about them, isn't just an academic essential: it's also a way to make your teen a more thoughtful and well-informed citizen. Ready to get started? Here's how to stage your own formal debate!

Arguments for dissection in the classroom:

Arguments against dissection in the classroom:

Mock Debate
Activity
Mock Debate
Get your child excited for the seemingly stuffier side of these chilly months with a mock debate.
Middle school
Activity
Stage Makeup
Worksheet
Stage Makeup
Design some different stage makeup looks in this drawing worksheet that boosts performing arts learning.
3rd grade
Worksheet
Debate Book
Activity
Debate Book
This three-part debate book is designed to hold two conflicting points of view on an issue that concerns you, along with possible solutions.
Middle school
Activity
Finish the Drawing: Who is On Stage?
Worksheet
Finish the Drawing: Who is On Stage?
Try this Finish the Drawing stage worksheet with your little rockstar. This Finish the Drawing stage worksheet gets your child to draw the performer on a stage.
2nd grade
Worksheet
Create an Easy-Store Puppet Stage
Activity
Create an Easy-Store Puppet Stage
Create a glamorous yet easy-to-store puppet stage for your preschooler or pre-kindergartener!
preschool
Reading & Writing
Activity
Commas in Lists
Worksheet
Commas in Lists
Join the Oxford comma debate, and practice using commas in lists, with this worksheet about comma usage.
3rd grade
Reading & Writing
Worksheet
The Hare and the Tortoise
Worksheet
The Hare and the Tortoise
Use the templates to assemble and stage a puppet show based on the story.
kindergarten
Reading & Writing
Worksheet
Draw the Life Cycle of a Butterfly
Worksheet
Draw the Life Cycle of a Butterfly
She'll learn all about them as she's asked to draw each stage of the butterfly's life.
1st grade
Science
Worksheet
Plan a Treasure Hunt
Activity
Plan a Treasure Hunt
Treasure hunts are tons of fun and they're a great way to introduce maps. Set the stage, and your kid's imagination will do the rest.
preschool
Activity
Making Connections: Thinking Stems
Worksheet
Making Connections: Thinking Stems
These thinking stems will set the stage for a rich reading environment and spark thoughtful reading responses.
4th grade
Reading & Writing
Worksheet
Chalkboard vs. Whiteboard: Which is Better for Learning?
Science project
Chalkboard vs. Whiteboard: Which is Better for Learning?
There is debate about whether chalkboards or whiteboards are better. This experiment explores which leads to better retention of visually-displayed information.
Science project
Book Script
Worksheet
Book Script
In this activity, your child will get the chance to adapt a favorite book for the stage or screen.
5th grade
Reading & Writing
Worksheet
We enable strictly necessary cookies to give you the best possible experience on Education.com.Cookie policy