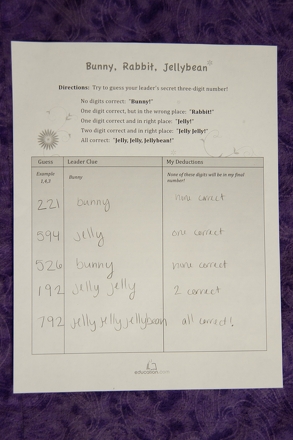 OK, so bunnies are leaping, baby chicks hatching, and seasonal baskets are overflowing with green plastic grass and foil eggs. Your kid’s mind is heavily weighted with dreams of Easter chocolate. But that doesn't mean you can't still have fun with math!

From first through third grade, and even somewhat in fourth, your child will be solidifying concepts of place value: the difference that happens when a digit appears in the “ones” column, or “tens,” or “hundreds,” and so on. Here's a spring-themed, whimsical math logic game that you can play over your spring holiday. Play it with your elementary school child to reinforce math skills, but don't be surprised if older kids, and parents, decide to jump in for a piece of the action. 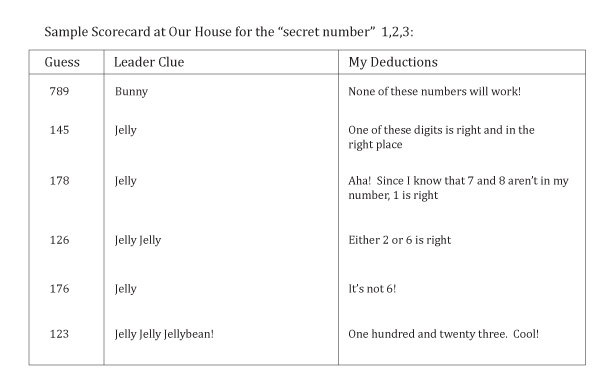 What's going on? In order to find the answer, players must call upon a series of math reasoning skills that actually underly success for years to come. They must know how to eliminate numbers, how to place numbers in their correct columns, and how to narrow their choices given new information. As you build math skills, this is a great game to play over and over; it's also lots of plain, old-fashioned fun.

Related Guided Lesson
Based on your interest in Easter Math Game.