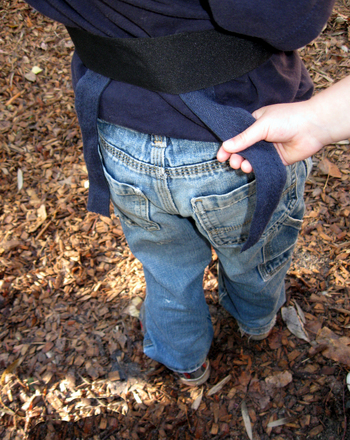 Catch me if you can! Help your child get some fresh air and exercise with this fast-paced twist on the classic game of tag. The rules are simple: players try to pull the flags from others' belts while preventing their flags from being taken. As they alternately chase and flee during play, participants will get some good cardiovascular exercise, strengthening their muscles, heart, and lungs. And if you don't already own flag belts (who does?), you can make your own with just a few inexpensive materials from the craft store.

Your DIY flags are good for many different uses other than tag—use them for Capture the Flag, flag football, or another similar team-based game.