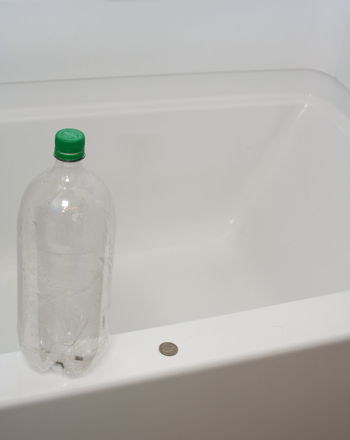 If you've always marveled at how your child's room gets messier by the minute, you may need a refresher course in entropy - the physical principle that says everything tends to becomes less organized and less orderly over time. Teach your kids about the concept with this fun, easy exercise, and teach your money to dance while you're at it!

The water warmed the air in the bottle. When air is warmed up, its entropy increases and the molecules (tiny particles) that make up the air move faster and away from each other, to become more disordered. This made the air expand, or swell up. When the air in the bottle swelled up enough, it pushed up on the coin and some of the air escaped. The coin dropped back down and sealed the mouth of the bottle again. Then the air began to swell up some more, and each time the coin lifted and dropped back down, more of the air escaped.