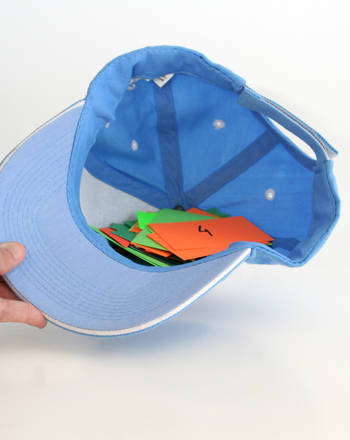 At some point in your life, you’ve probably played the game “I Spy.” It’s perfect for boring waits at the grocery store, or long car rides. But with a little tweaking, the game can also help kids practice a key concept…syllables. Here’s how to play:

As your child gets the hang of it, don’t be afraid to throw a bit more challenge into the hat. Or, hat aside, just ask your child to think of a word with five syllables, or even six! They'll look at your refrigerator in a whole new light.