Making Clouds: How to Make a Water Cycle Model 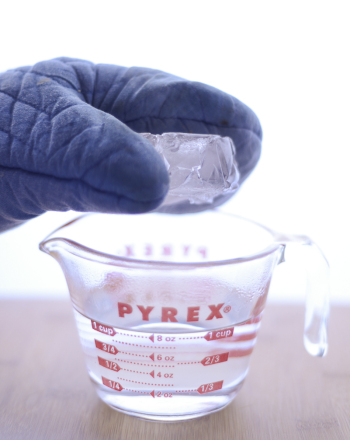 If you leave of cup of water on a sunny table outside, the water disappears in a couple days. Where does it go?  When water “disappears,” how does it get back to us? Learn how to make a water cycle model in order to find out!

How can the processes of cloud and rain making be recreated in the kitchen? 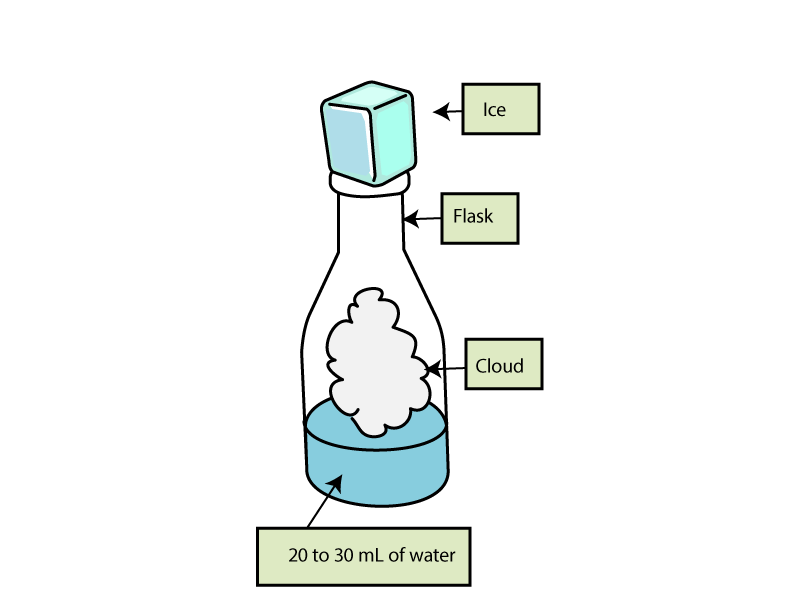 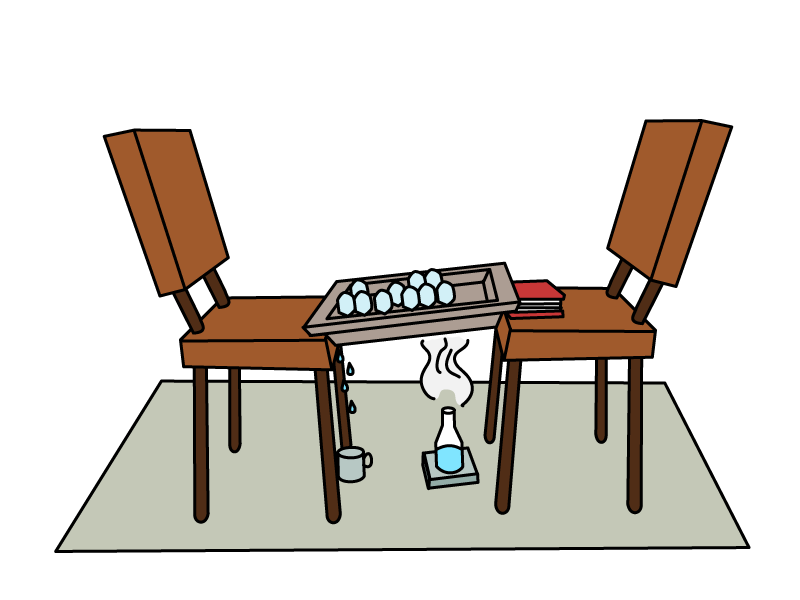 In our first experiment, a cloud should have formed between the ice and hot water. In Making Rain, the steam boiling from the beaker should have condensed, or changed back to liquid when it makes contact with the cold metal tray. The tilt helps the newly formed water dribble into the cup.

Some of the liquid water that you heated in Making Clouds evaporated, or changed from a liquid to an invisible gas called water vapor. The ice cooled the water vapor so that it turned into tiny water droplets, but since the tiny droplets were so small, they remained floating in the air, forming a cloud.

In our second experiment, the boiling water became water vapor, which then condenses on the bottom of the cold tray to become liquid water again. This time, the tiny droplets collided into each other, getting bigger and bigger until they formed big droplets of rain. Rain is just one form of precipitation—a form of condensed water vapor. Other forms include snow, sleet, and hail.

If the water cycle continues to fascinate you, you might build or buy a terrarium. A terrarium is small closed container containing plants and sometimes small animals.  Water evaporates within the terrarium, but condenses on the lid, making the terrarium self-watering.