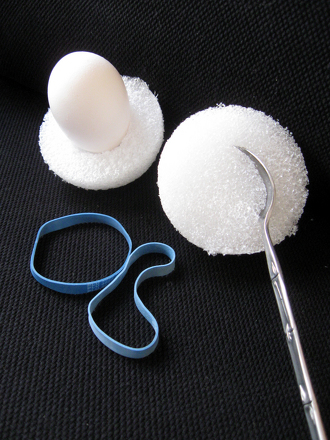 In this simple science experiment, your child will learn how lightweight Styrofoam protects a fragile object in a fall in the same way that it protects your head, in the form of a bicycle helmet, when you fall while biking. This experiment helps illustrate the importance of wearing a bicycle helmet whenever biking; the human head, fragile like an egg, can easily be injured in even a minor fall or collision. After this experiment, your child will never go helmet-less again!

The Styrofoam absorbed the energy of the impact generated by the egg’s fall. A similar result occurs when you fall and hit your head while wearing a bicycle helmet; the Styrofoam in the helmet helps absorb some of the shock from the fall and protects your head against injury. Wearing a bicycle helmet, however, is not a substitute for safe bicycling habits. Even a helmet won’t protect you from a severe impact.

What is Styrofoam? It is made of polystyrene, a kind of plastic. Polystyrene was first produced in the form of pellets (a precursor to Styrofoam peanuts) in 1931.

Molded Styrofoam, the kind that computers and other fragile objects are shipped in, was not created until 1959. Because of its unusual chemical structure, Styrofoam is very dense and strong.

How is Styrofoam formed into a bicycle helmet and other shapes? Air or other gases are mixed with melted polystyrene, then blended at a high speed.